How much does funeral insurance cost? Does it match the average cost of a funeral?

It's fair to say there can be a lot more involved in organising a funeral than meets the eye, and it may not be a topic many people want to spend much time thinking about.

The logistics may not be something many have considered, let alone the costs involved.

Much like other types of insurance, people who choose to take out a funeral insurance policy to cover the costs for their funeral pay regular monthly or fortnightly premiums.

But what does funeral insurance cost, and what are some considerations when choosing a policy? We take a look.

A funeral insurance policy gives your family a lump sum payment to pay for funeral expenses when you die.

You pay monthly or fortnightly premiums (ongoing payments) for a fixed amount of cover. Usually, you can choose from $5,000 to $15,000 cap, which will be paid to your family when you die.

You are not saving for funeral costs with funeral insurance. You are buying insurance to meet those costs at some future date.

Don't sign up for expenses, only funeral cover. Your family may need to prove the funeral costs with receipts to make a claim. It offers you less legal protection and has a lot of exclusions.

Is Paying for Funeral Insurance Worth It?

The key to funeral insurance is to do your sums and make sure that you won't end up paying more in premiums throughout your life than the policy will pay out to your estate.

According to ASIC's report from October 2015, 80% of funeral policies are cancelled, and the most commonly cited reason for cancelling an approach was the cost of premiums.

In addition, the insurer cancelled 1 in 3 cancellations (35%) because the consumer stopped paying their premiums altogether.

For this reason, we always emphasise that funeral insurance is not suitable for everyone, and it's essential to make sure the coverage and premiums align with what you need for your funeral.

Funeral Insurance Costs a Lot in the Long Run

Pros and Cons of Funeral Insurance 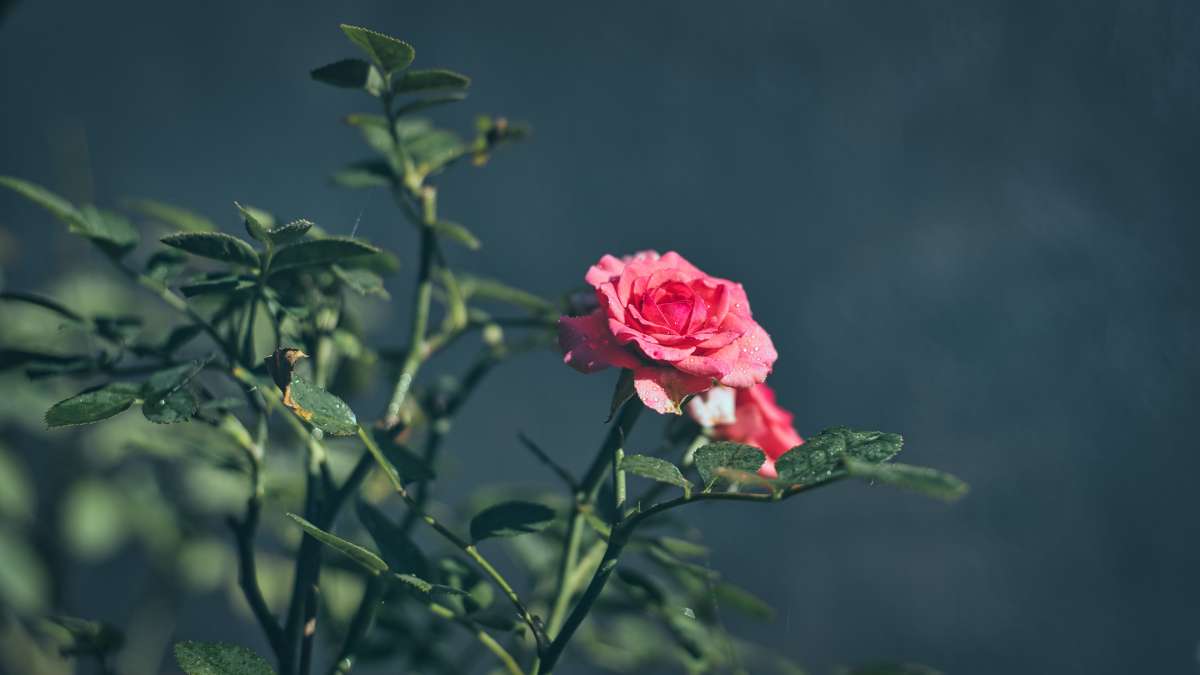 Cost of a Funeral

No one enjoys talking about funerals, but it's a conversation everyone needs to have to ensure that your family is insulated from the immediate costs they may be faced with when you pass away.

Whether you opt for cremation or burial, basic service or a traditional ritual, the costs may be more than you think.

Factors That Have an Influence on Funeral Costs

Depending on the way you wish to be remembered and your family's particular needs, the factors that are likely to influence the cost of a funeral include:

What Is the Average Cost of Funeral Insurance?

The cost of funeral insurance will vary depending on the following factors:

With Australian Seniors, your premiums will not increase every year, helping you manage the cost of your funeral insurance policy as you get older.

Organising a funeral could incur more costs for your family than you had initially planned for, depending on outside factors.

Creating a final farewell to honour someone's life can involve the following expenses:

The Average Costs of a Funeral

Ways to Pay for Your Funeral

Funeral insurance pays your loved ones a lump sum to use towards your final expenses, regardless of how much you've paid in premiums.

They can use this payout to cover your funeral costs and settle some of your outstanding financial affairs, such as credit card debts, loans or bills.

Seniors Funeral Insurance pays a lump sum benefit of $3,000 up to $15,000, depending on the amount of cover you have selected.

Once you turn 85, you'll receive an extra 25% Bonus Cover to help with any new funeral plans that may come up. Plus, you'll no longer have to pay to stay covered.

If your death is accidental, your family's payout will be tripled. The money you or your family receive can be used for funeral expenses or any other purpose.

A pre-paid funeral plan is where you plan and pay for your funeral up front before passing away, usually through a local funeral director.

This requires careful planning to ensure all arrangements and suppliers for your funeral are finalised at the time of payment.

The best way to manage funeral costs is to pre-plan. To learn more, see our information on Prepaid Pre-Planned Funeral options.

This involves putting money away regularly in a savings account to pay for your funeral expenses.

It means your family will only have access to whatever amount you've managed to save in that time, and they may not be able to access the account immediately after your death.

There are, in fact, two different ways that premiums may be charged for funeral insurance: level premiums or stepped premiums.

Stepped premiums mean the annual premium becomes more expensive as you age, and an insured event such as disability or death becomes more likely.

Stepped premiums may end up costing more than the benefit, so they may not provide value for money for consumers.

Level premiums mean that while the annual premium may be more expensive initially, it is based on your age when you start the policy, and it stays the same as you age.

Level premiums only increase at the rate of inflation (known as "indexation").

Keep your eyes open when considering insurance. If cost increases by more than inflation each year, it would be an issue for you to check that you will be paying level premiums before taking out a policy with them.

What Does the Average Funeral Cost?

It depends how you would like to make your grand exit – quietly with family only or with an extravagant shebang for all your friends and loved ones.

In reality, costs can vary widely according to cultural expectations. For instance, a Jewish funeral is a simple and uncomplicated occasion – the direct opposite of an Italian funeral.

The highest cost depends on your choice regarding cremation versus burial. Australia's functions can cost anything from around $4,000 for a basic cremation up to $15,000 for a funeral (ASIC).

The difference in costs and availability shows, with cremations now accounting for approximately 70% of funeral services in Australian cities. And in terms of preference, 2 in 3 Australians prefer cremation over the burial (McCrindle Research, 2014).

A report released in May 2017 from the University of Sydney Business School found the average national price of a budget funeral ranges from $4,132 for services bought online to $5,646 for services purchased directly from funeral directors.

According to Gathered Here, the average cost of a burial in Australia is around $19,000 (including the monument and cemetery fees). Still, it depends on where you want to be buried.

For example, prices have doubled over the past five years in Sydney, where the average cemetery plot can cost anywhere from $4,000 to $52,000.

Can Life Insurance Be Used to Pay for Your Funeral?

As with funeral insurance, life insurance is given as a lump sum payment, and as such, it is at the discretion of the beneficiary as to what they use that payout for.

However, it's important to note that life insurance can take longer to pay out than funeral insurance, in which case the payment may be received after the funeral has occurred.

Suppose you would prefer your funeral costs to be covered upfront, with no out of pocket expenses required by your family when you pass. In that case, funeral insurance is worth considering in addition to life insurance.

What Happens to Debts When You Pass Away? 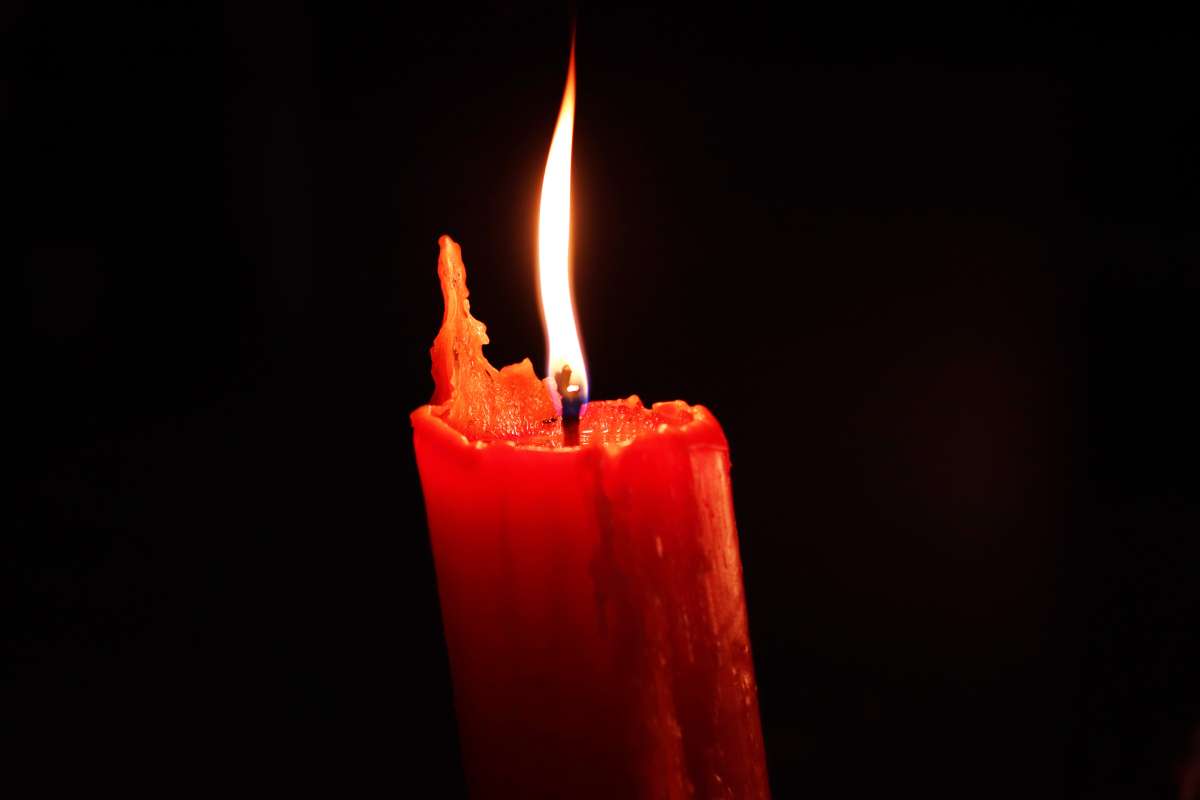 The responsibility for debts when you pass away will depend on the type of debt and your circumstances. Generally, the following questions will be asked:

Suppose when a person passes away, there are outstanding debts. In that case, the executor is responsible for dividing up the estate and paying off the debts using cash if there is enough or selling the estate assets for money to pay off the creditors.

If there is not enough money in the estate to pay off the debts once the assets are sold, and if the debt is not:

What to Look for in a Funeral Insurance Policy

When considering funeral insurance, you may want to make sure of the following:

Could You Be Underinsured?

Someone with a maximum benefit of $15,000 or less under a funeral insurance policy may afford a budget funeral or a traditional cremation service. Still, they couldn't afford the average $19,000 burial-type funeral with the proceeds of the funeral insurance alone.

However, in 2017 Canstar surveyed funeral insurance providers about the average sum insured for Australian consumers.

Knowing from the above figures that this would barely cover a budget funeral and its associated costs, this average sum insured is quite concerning.

However, for those who cannot afford a budget funeral, all the regulatory requirements for disposing of a body can be satisfied for just $1,200.

While choosing a policy that pays a small amount of benefit upon death may be cheaper than opting for a more extensive cover amount when selecting the right level of cover to sign up for, it's important to remember the point of taking out funeral cover is typical to provide the insured with peace of mind that if they were to pass away their family or loved ones would not be left with a hefty bill for the funeral and related costs.

How to Avoid Paying More in Premiums Than Your Funeral

Most funeral insurance policies typically pay out a maximum benefit of $15,000 when you pass away.

Many policyholders take out a policy too early and regret it, cancelling the policy after only a few years, effectively sending the premiums they've already paid down the drain.

For this reason, we highly recommend that before taking out any funeral insurance policy, consumers do their sums about how much they could pay in premiums from their current age to their expected "end date".

Thankfully, many insurance providers offer a guaranteed benefit – a guarantee that you never pay more in premiums than the sum you are insured for.

Some other providers will allow you to pay more in premiums than the sum insured, but when you pass away, they will repay to your estate any "excess" you delivered over and above your sum insured.

It's worth comparing your options to figure out which method would work better for your budget during your lifetime.

There may be cheaper ways to help your family pay for your funeral. Consider alternatives to funeral insurance, including:

Who Pays for Your Funeral Costs?

When planning for your funeral, it's important to remember that your next of kin usually is responsible for paying your funeral costs.

From the casket and flowers to the funeral director and burial fees, these expenses can add up to a significant financial burden for your family at a time when they are already experiencing emotional distress.

These costs can average between $4,000 and $15,0001, so it's worth thinking about who will be left with the bill. Peter Tziotzis Orthodox Funerals will always find creative ways to pull costs in line with your budget.

Funeral Insurance can give you and your family complete peace of mind by helping to cover your funeral and other final expenses.